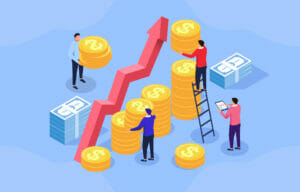 Much of our society incorrectly describes small business owners as “entrepreneurs.” But as Gerber famously pointed out, most entrepreneurs are not entrepreneurs at all – they’re technicians suffering from an entrepreneurial seizure. Nothing is truer in our industry, where most (roughly 80%) are self-employed with helpers, generating under a couple million in sales, who are busy doing it, doing it, doing it, with only a little growth year over year, no sales team, no marketing engine, no systems and processes, no equity.

While that’s where many start, it doesn’t mean that’s where they (you) have to stay. I started my business simply looking to replace a paycheck – not because I had a driving, entrepreneurial vision of a company I would one day create. Today, our growth and revenue put us in the top 1% of not only our category, but of all businesses. Similarly, many of our members come to us as “technicians” but evolve into very entrepreneurial leaders, similar to our current Spokesperson, Sitima Fowler, CEO of CapstoneIT. This should be your ambition as well, for one simple reason: it frees you from having to do all the work, giving you both stability and equity. At some point, you WILL get tired of “doing it, doing it, doing it.” Maybe you’re not there today, but mark my word, someday you will be.

Paul Monroe of ITechCare 24/7 is one of them. Last month he posted this (below) on the QUE about his journey of removing the tech hat. I decided to share it here because there are a LOT of people still “stuck” in the tech role. Some by choice, because that’s where their comfort level is. Others, like Paul, have come to realize they MUST get out of that role for their own sanity.


His business now has a much better chance at profitable growth AND he’ll be a far better leader because he’s not being sucked down emotionally and mentally with the tech role:

“I have been asked to share my story, so here it is; hopefully it will inspire others. I have had my business for over 25 years, first starting out as a computer tutor and then, many, many years later, moving on to do more tech work. The past year has been a nightmare for me as I was mainly a one-man band and struggling with time management – I was wearing many different hats, such as the finance person, bookkeeper, technician, office manager, phone guy … You get the picture. I was doing everything! Not good! It was seriously taking a toll on my health and, as of six months ago, I was ready to sell my business or just quit altogether. I was no longer having fun and, to make things worse, my brain stopped functioning; I was unable to hold conversations with people because I was too overwhelmed.

Well, I decided to check out the Robin Robins thing recommended by a friend who works with Dan Kennedy. My first reaction was to choke my friend out since he had known of Robin for years but had never told me! My best friend! Oy! Anyway, after going to the Rapid Implementation Workshop and signing up with Robin, I believed I could actually save my business and really do this thing and get to the vision I had always dreamed of for my company.

Well, things didn’t get much better for me until about one month ago when my life changed!

Sure, I hired an office manager to help with operations, and my wife started helping with the sales and marketing, and I also got a bookkeeper, but still something was not right. I felt like I was literally dying! I was doing way too much for one person!!!! I started hearing people tell me that I HAD TO GET OUT OF THE TECHNICIAN ROLE. When I went to Boot Camp, I was convinced after hearing that a million times that this was where I was failing. If I was to grow my business and work “ON IT and not IN It,” it was clear I needed to take off this hat and not be the technician anymore. As much as I love tech stuff, this role was killing me and taking all of my time.

Soooooooo, I made the decision to take on a partner who would also take over all of the technician roles from me to simply free up all of my time so I could start working on my business. This was the best decision ever!

After just two weeks of giving up the technician role and hat, I was a new person, like I was reborn. I had no idea how badly this was dragging me down and preventing me from growing until I made the move.

I cannot stress enough or express in words how grateful I am to have made this move and how it has been life-changing for me and my business. For the first time in five years, we made more money in one week than I have ever seen because I now have the manpower and a staff to tackle what one man could never do himself. I hope that someone else will be inspired by this and take the steps to get out of the technician role or any other role that is sucking up your time and preventing you from growing your business. I could go on and on, but it is now time to get back to working on my business and not in it. 🙂 By the way, my wife likes me a whole lot better now!”