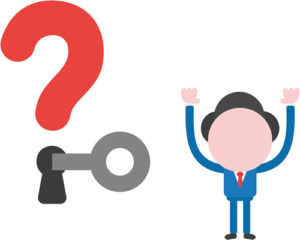 Ask any salesperson to list the most difficult obstacles for them to overcome and, inevitably, price resistance will come up.

However, I don’t believe most prospects are hung up on price – they’re hung up on something else and are using price as the reason why they aren’t buying, because it’s the easiest obstacle to throw your way.

Any prospect knows that “I can’t afford it” is an objection that’s impossible to argue, given you, the seller, have no real knowledge or ability to prove or disprove that.

Further, most salespeople will stop selling when that objection is thrown out for fear of being “pushy” or insulting the prospect.

So how do you overcome it?

Aaron, my top business consultant, will sometimes ask, “So if the Toolkit were free, or cheaper, you’d want it?”

If the prospect says, “Yes!” then we know it’s a price issue or, more specifically, a perceived value issue.

If they say, “No,” then we’ll ask, “Then there must be something else causing you to hesitate. May I ask what it is?”

For most of you reading this, the “price” objection shows itself as the “I can get it cheaper somewhere else” objection. But as with any objection, the first step is to make sure that truly is the final and real objection and not a smoke screen for some other concern they have.

You do that by saying, “Let’s suppose for a minute my price was exactly the same as that of the other company you’re considering. Would you then favor us with your business?”

If the answer is “Yes,” then you know you’ve made this your final objection!

You might tie it down and ask again just to be sure, with “So if I come back with the same price, you’d sign with me today?”

If there’s any hesitation, you need to find out what the real objection is by asking, “So there must be something else that’s causing you to hesitate – may I ask what it is?”

Then run your final objection question again: “So let’s suppose for a moment that wasn’t an issue, and right now I know that it is. Would we then have a basis for moving ahead?” You get the idea.

RELATED:  Want to see what you need to do to build your value BEFORE you ever meet with a prospective client? Watch the FREE webcast “The Ultimate Marketing System For IT Service Sales” Click Here Now To Reserve Your Spot

To be clear, I’m not suggesting you lower your price. You’re asking that question as a means to determine if that’s REALLY the objection. You’re not promising to lower your prices to that of your competition. You’re just asking if you were the same price, would they choose you or not.

Once you’ve narrowed it down to your price vs. a competitor’s, you simply need to make a solid argument as to why buying an inferior service from your competitor is not a good value, while appealing to their emotional need to get a “fair” deal, not get taken and avoid looking foolish.

Reality is, most people will pay a little more for quality. We all buy into the mantra “You get what you pay for,” and believe that higher prices go along with quality – so that works in your favor.

And ideally you deal with this objection FAR in advance of the close by giving them materials in your Shock-and-Awe box that explain you aren’t the cheapest, and why that works in THEIR favor.

For example, one of the pieces in the Shock-And-Awe box is a “Vendor Comparison Chart.” You could rename this the “Value Comparison Chart” or something else if you don’t like the “Vendor” word (it’s named that for simplicity and ease of understanding).

With that document, you could gently remind the prospect that BEFORE they make up their mind, they might take a minute and truly review that they are comparing apples to apples and getting all the same features, benefits and value in the competitors’ contract that you are including.

I would point out that many IT companies low-ball their price to get the deal, then make up their money on the “extras” you discover you need and want later that weren’t included in the initial agreement.

Another example: Years ago a trucking company came to me for marketing advice. Their clients were always beating them up on price, and they told me they could not cut their rates any lower.

My advice was to make the rates slightly higher and then include a checklist titled “How To Compare Our Bid With Other Trucking Companies.” This checklist was very similar to the Vendor Comparison Chart and allowed them to start closing deals faster, easier AND at higher prices than they had in the past.

If you’re new around here and interested in working with us to put effective, complex systems into place so you can attract your ideal leads and consistently have potential clients calling you, claim your free gift, “The Ultimate Marketing System For MSPs and IT Services Starter Kit.” Click Here Now.