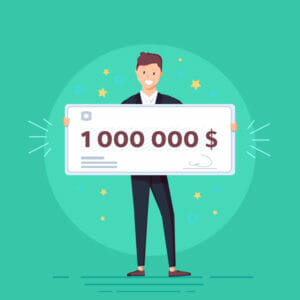 Whoever is going around teaching people to use “grab a coffee” as a reason for getting entrance to a meeting with them needs to stop. Worse yet, “I’ll buy you lunch,” as if they’re doing me a HUGE favor. Last month I received multiple SPAM e-mails similar to the one below:

Hi Robin, my CTO and I will be in your area in August so how about we grab a coffee or sync up for lunch if the timing is good?

During 2018 we helped dozens of companies like Technology Marketing Toolkit to speed up their development process and accelerate revenue flow with the help of team extension of exceptional software engineers that were working closely with head office.

Want to jump for a quick 10-15 minutes intro call this week so either I or my CTO could share the idea with you?

PS: Oh, please let me know if you don’t want to hear from me ever again and I’ll make sure that it never happens.

No one, and I do mean no one, is going to take time out of their insanely busy day to have coffee with a complete stranger who wants to sell them something. Further, e-mail is one of the lowest-trust ways to communicate with a prospect.

But you know this, right? Me hopes so…

If you want to get an audience with a big check writer, you need to have a better strategy than spam e-mails with an offer like this. While I’m not against a cold call, the best way to get to big check writers is to BE someone (publish, speak, be known, which are all functions of marketing) and then be where they are.

Early in the start of my company, I sold myself as a free speaker, then flew myself to every tech conference that would give me a stage. I used that to build a list and get customers, but also TO BE SEEN by the check writers in this industry – and it worked.

I was invited to Shark Tank twice, the first time by Robert Herjavec and the second by Daymond John. The second time it was offered, I had only four days’ notice, but moved EVERYTHING on my calendar to get myself out to Cali to watch a few hours of filming. I had no game plan other than to be seen.

Why? Because it gave me entrance to influential people…BIG check writers…to stay on their radar.

Never underestimate this. But the key is consistency. Don’t join a networking group and only show up when the spirit moves you. Get involved. BE SEEN.

When starting Marquis Jets (which he later sold to Berkshire Hathaway), he had no connections and no money for marketing – but had to figure out how to get a customer. Since the average sale was $250,000 for a prepaid number of private flight hours, he had to find a way to get in front of rich people who traveled a lot.

Not being a rich person himself (and having no connections), he figured he would go where they were and picked a TED conference in Monterrey, California, to attend for networking purposes. Only problem was they wouldn’t allow him in the conference.

Frustrated, he went to a coffee shop around the corner to figure out a way to get in. Every hour, he noticed people would come into the coffee shop from the conference to get a muffin and a coffee, which gave him an idea.

The next morning, he got up early and bought EVERY muffin the coffee shop had. He then camped out by the register with his backpack full of muffins. When someone with a conference badge asked for a muffin at the register, only to be told they were sold out, Jesse popped his head up and said, “I couldn’t help but overhear you wanted a muffin. I actually have an extra one here that I’m not going to eat. Please, have it.”

That opened a conversation, which led to the usual “What are you here for?” and “What do you do?” That gritty, creative marketing strategy worked, and he landed his first customer.

A question to spend some time on: where do all the big check writers in YOUR city, YOUR market, YOUR area hang out?

Our company is based on providing PROVEN, Highly-Effective IT Services Marketing Plans, Lead Generation Tools And Sales Training For Companies Selling Outsourced IT Support, including ideas like the one above. Learn more about our services by scheduling a FREE one-on-one consultation here www.TechnologyMarketingToolkit.com/consult