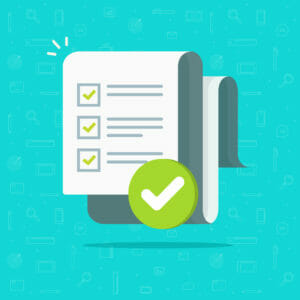 I have an important point to clarify. While I’m 100% bought into the idea of creating systems and processes in a business and advocate it constantly, there is one HUGE inherent flaw in that thinking: assuming that systems run themselves.

Any time you have a human being involved in or contributing to a system, you have a WILD variable that is essentially out of your control. Yes, you can (and should) train, monitor, coach and manage. But if someone isn’t self-regulated and self-motivated to follow the system and put into place your coaching and training, nothing will make it work.

Over the last few years I’ve dialed in the appointment-setting process of my company to a science: who to call, when to call, what to say. We clean, verify and highly target the list. We have automation and dialers that make everyone far more efficient. Also, we do weekly training and have a competent sales manager in place who keeps an eye out to make sure the trains run on time. Yet not all reps hit quota all the time, and some have had to be let
go for non-performance. How is that possible? Because there’s still a human element to the system that I have no control over.

That’s why it’s critical to hire the right type of people as PART OF THE SYSTEM.

A question I often get is “Robin, how do you motivate salespeople?”

That’s the wrong question. Instantly I know they don’t know how to hire. The right people don’t need motivation. The right people show up with batteries installed, ready to work, EAGER TO PERFORM. This is, essentially, what your culture is made up of – and you get what you accept. If you allow mediocrity, you’ll get mediocrity. If you allow for excuses, you’ll get excuses. So the better question, the RIGHT question, is “How do I know I have an ‘A’ player before I make an offer to them?” Here’s how you know:

1. They WANT a scoreboard.

They want to know exactly what the rules of the game are and how the game is won. WHAT DOES SUCCESS LOOK LIKE? Do NOT hire someone who doesn’t like measurement and accountability, and be VERY wary of hiring a salesperson who’s never had a quota over their head. Really great salespeople WANT quotas. They WANT goals to hit and exceed. Conversely, YOU need to have that in place if you want to attract and keep motivated, high-performance sales pros. That’s because they have an internal need to be at the top of their game – and if you fuzzy the game to where they have no clear goal, they’ll get frustrated and leave. Yes, they want to be rewarded for their performance, but truth be told, they can’t help but win and exceed even when there’s no monetary gain. It’s so baked into their DNA they can’t help themselves. A good interview question: “How do you feel about companies who post the rankings of their sales team for the rest of the company to see, showing where they are in relation to quota and where they stack up against other reps?” If they don’t like that, why? Another, “How do you feel about tracking of all activities, calls and proposals?” If they feel you tracking their calls is micromanaging them, be very wary.

2. They’ve got a track record of stellar performance.

As Harv Ecker often says, “How you do anything is how you do everything.” Top sales pros are always at the top. Look at their career history and DIG for how often they hit quota. When they didn’t hit quota, why was that? If there were other reps doing the same job, where did they rank? Why weren’t they #1 (if they weren’t)? Asking these kinds of questions will reveal the truth about their track record.

3. They WANT coaching and training.

A top player will welcome input and training. They’re coachable. BIG egos often come with the territory of top salespeople, so you have to be careful not to hire someone who won’t listen, doesn’t take feedback and “knows better than you” how something should be done.

RAMP UP Your Salespeople, Get More Leads AND More Sales Fast! Download the “Ultimate Free Marketing Guide For MSPs” now!