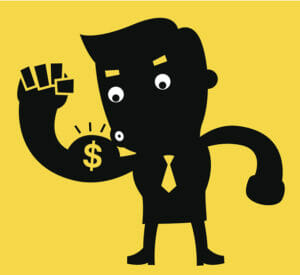 I was recently reminded of brilliant direct marketer Axel Andersson, a Swede who moved to Germany and later the US and who ran a hugely successful home-study school in Hamburg, Germany, before coming stateside. Axel hired one of his successful students and put his office right next to his own so he had to walk past his office every day. He did this because he “wanted to actually see one of my customers every day.”

He also hired a professor from a local university as a consultant. Axel wrote:

So often I hear new clients taking a marketing campaign from the Toolkit and, instead of running it, they first give it to their techs or their spouse for an opinion before sending it out.

Right close to that is giving it to a client for THEIR opinion.

Yes, Axel did this – but this was a client- turned-employee who was motivated to find a winning ad AND who was selected, trained and mentored by Axel on direct response advertising, giving him the ability to provide a qualified opinion – which is the point I want to drive home:

Only trust the opinion of people who are qualified to give it, AND ACTUAL RESULTS.

We occasionally get the refund-request call that the “marketing won’t work for us” or that “we’ve decided to go in a different direction.” The reason being, they got the Toolkit and, without any study of the science and research behind the campaigns, they conclude, “Our clients would never respond to this,” or “It’s too hokey/not how WE talk.”

Well, of COURSE it’s not how YOU talk, professor. I wrote this for the BUYER…and that’s how THEY talk. Or they gave it to one or two clients who told them they would “never respond to this,” which is absolutely NOT the correct way to test if they will.

Human beings are largely unable to accurately see their real motives and habits. Overweight people CONSTANTLY lament, “But I don’t eat that much!” Drinkers lie all the time in the doctor’s office, checking the box that they “Only have 2-3 alcoholic beverages a week.”

Another example: when snack companies run polls and ASK their customers what type of chips they want, respondents will repeatedly say they want less greasy, less salty chips. But in a blind taste test, the greasiest, saltiest chips win over and over again. That’s the danger of focus groups – they only tell you what people want to believe about themselves, not what people actually do.

It was Axel who taught Denny Hatch, author of Million Dollar Mailings, to give awards for “grand control” marketing campaigns – specifically, campaigns that consistently produced the highest and best cost per inquiry, cost per order and cost per sale over a long period of time (years), which is how the “Axel Andersson Award” came into being, and consequently the book. One comment worth noting by Denny:

The only judge in the Axel Andersson Award mailing is the marketplace. Many of these mailings are not pretty. If entered in an awards contest, one or two of them might send the judges running from the room clutching their throats and gagging. But they have PROVED themselves successful for years. They are responsible for millions of customers and tens of millions of dollars in revenue.

This is why so many marketing firms and so-called marketing pros miss. Their need for the ad, the letter, the e-mail or the campaign to LOOK GOOD trumps the need to get a response.

One of my first consulting gigs was with an IT services company that wanted to launch managed services 12 years ago, back before it was commonplace. I created an entire online and offline campaign that secured their ANNUAL sales goal in three months. However, the owner’s son, who was being groomed to take over the business, could not STAND the campaign and promptly fired me to invest the money into PR, his decision driven by the emotional need to see his company featured in the news over what was actually getting the job done. Don’t be that fool.

Ready to implement marketing in you IT services business that produces results? Schedule your FREE,  private, one-on-one marketing consultation where you’ll get a customized marketing road map to get more leads, appointments and sales for your company. Go to www.technologymarketingtoolkit.com/consult.