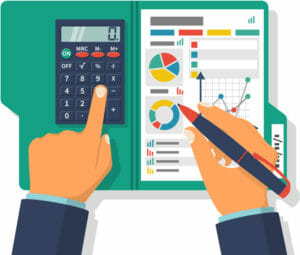 Recently, a Producers Club member reached out to discuss her marketing plan for the upcoming year.

In preparation, she broke down all the leads generated from the previous year by source: direct mail, referrals, SEO, trade shows, e-mail (which is really a lead activation campaign triggered by e-mail follow-up), Facebook and telemarketing. However, what she failed to provide – and what became the primary discussion of our call – was the VALUE of those leads.

Without THAT, no intelligent decisions can be made about where to invest marketing dollars and effort, no conclusions can be drawn. After a bit of discussion, we discovered that direct mail with telemarketing provided the most QUALIFIED and likely to convert leads.

This was no surprise since she was cleaning the list and targeting specific companies. However, direct mail and telemarketing did not produce the highest quantity of leads, or the number of leads at the lowest cost. Facebook did. But the Facebook leads barely converted (less than 5%) and did not represent the highest ROI in the end.

Further, in her reporting, the #1 lead generation tool was e-mail. However, as I stated above, those GOT to her from some other source. The ORIGINAL source was from direct mail, referrals, trade shows, etc.

If you’re ready to dig deeper with us to put effective, complex systems into place so you can attract your ideal leads and consistently have potential clients calling you, claim your free gift, “The Ultimate Marketing System For MSPs and IT Services Starter Kit,” Click Here Now.