Robin Robins November 28, 2018 IT Managed Services, IT Marketing, IT Sales 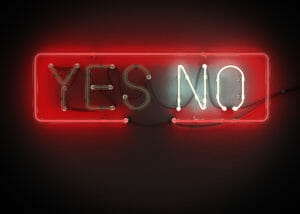 Here’s a question I received from a client that I get some version of FREQUENTLY:

“Once I get the contact on the phone, say the CEO, he or she will usually say, ‘Yes, I got your information and passed it on to my IT department.’ For me this is like being placed in the Bermuda Triangle, because the IT person usually never returns calls. I am sure they fear losing their job or getting in trouble. It is nearly impossible to get a call or e-mail back. I do try the recommended Robin Robins comeback, ‘Great, we deal with a lot of customers that have internal IT folks, but what we would like to talk to you about is a third-party validation of the security and stability of your computer network. We don’t always find something wrong, but often we’ll uncover a few areas that are not being secured or maintained as well as they should.’

I have had success with one prospect with this come­back but most of the time I feel they are so hesitant because they do not know who we are, even after dripping – there is probably a trust issue. I am hoping you can maybe advise or others can share their experience in handling this scenario. Thanks…”

Like any question, there are subtle signs in your commentary that make me wonder if you really have a problem at all. For example, the nature of your question is “What am I doing wrong?” You didn’t articulate it that way, but essentially that’s what you are asking. But before you jump to the conclusion that you ARE doing anything wrong, let me propose some food for thought.

First off, when you are prospecting and following up on marketing campaigns (as it sounds like you are doing), you have to realize that MOST people are NOT interested, nor should you TRY to convince them to be. If you are going to stay sane and be successful in that role, you have to accept that – even embrace it. Certainly, you should not feel bad about it or worry over it.

I train my appointment setters that “No” is a perfectly acceptable, even favored, response. We will openly tell a prospect, “If you aren’t interested, that’s fine. Just say so and I won’t call you back.” We’ll take a “Yes,” but I’d prefer a firm “No” over a call-back or no response ANY day of the week. I also coach my sales team to not waste time trying to convert the “Nos” into a “Yes.” It’s annoying to the prospect AND it’s frustrating and draining for you; and if you DO manage to somehow convince them to set an appointment, they’re not going to be in an open, willing state of mind when my sales rep meets with them anyway, so it’s a fool’s errand.

I compare prospecting for new MSP clients to finding the aces in a deck of cards. Let’s suppose we were playing a game where I promise to pay you $10 for every ace you could find in a deck of 52 playing cards. The rules are you have only one minute, and you must find the aces by turning the cards over one at a time. You cannot pick up the deck and flip them all over at once and you cannot sort through any other way. You agree and I say, “Go.” The first card you turn over is a queen of hearts. How much time are you going to waste trying to convince me it’s an ace? If you’re smart, you’ll waste ZERO time. You’ll just keep flipping UNTIL you FIND the ace. That’s a lot like prospecting.

When you’re okay with a “No” and you realize not everyone is going to be interested AND you don’t have to convince everyone to BE interested, you should relax more, which will give you more confidence and will come across in your voice. Desperation and anxiety come across in sales­people, and prospects detect it like a dog smells fear. They won’t buy from you, even if they can’t articulate why. They just intuitively know something is “off.”

So, back to your question. The CEO says they passed it off to their IT department. You could simply say, “That’s great. We work with IT departments all the time. What would you like me to do?” You don’t need a “comeback,” and I would suggest you change your language. “Comeback” has a negative connotation, which is not necessary when selling. Your job is to find those who are looking for you, NOT to be an alchemist and try to turn a rock into a gold nugget.

Also, you “assume” that IT departments are afraid of losing their job or looking bad. While I’d say that’s correct (who doesn’t feel that way?), I’d then figure out a way to help ALIGN with that desire, not be a threat to it. When sending campaigns, make SURE you are not sending some­thing like the “Stupid Irresponsible” letter to companies with IT departments, and reserve that for companies who are outsourcing IT to a competitor.

And finally, I’d have to know your numbers to know if you’re not being effective. If you call on 100 prospects, you should be able to get to the decision maker roughly 15% to 25% of the time, and roughly 5% to 10% of them should be open to an appointment. That means maybe one or two appointments per 100…and THAT’S if the list is highly targeted, the campaign message is correct and you’ve made three to five calls in a two- to two-and-a-half-week time frame. And to get statistical significance from your numbers, you’d have to set at least 10 to 20 appointments, then work BACK to your conversion rates. Calling a couple hundred is not enough to know for sure… So, your numbers may be in a perfectly acceptable range with nothing truly “wrong.”