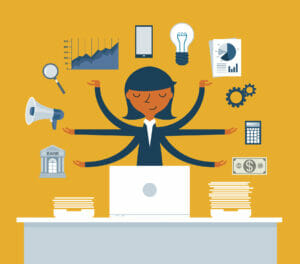 Here’s something to think about the next time you advertise on Facebook:

It’s estimated there are over a BILLION fake accounts, meaning Facebook would have just over HALF of its proclaimed 2 billion users. TwitterAudit estimates that only 40% to no more than 60% of the users on Twitter are real, and AARP estimates that nearly half of all calls to mobile phones this year will be fraudulent – a DRAMATIC uptick in fake spam calls. I also read (although where escapes me) that three of the largest text-messaging bureaus have all been caught falsifying delivery numbers by four to as much as 20 times what the actual delivery rate was.


NONE of this surprises me. For years I’ve had to teach clients how to look at Google Analytics to remove all the bots that inflate visits/ hits to the site and make it appear your site is not converting. Usually, it’s better than 50% of the traffic. Facebook has constantly been at the center of advertising fraud, getting sued by ad buyers who discovered the platform was exaggerating the number of minutes users were watching videos. Recently both Kylie Jenner and Katy Perry lost millions of followers after Instagram conducted a cleanup of fake accounts. Given these celebrities get paid based on followers, this is a BIG problem for them. At some point, everyone’s gonna have to wake up and realize that social media is a giant swamp full of FAKE and HATE. Fake views, users, followers, clicks, reach, activities, etc., and those who ARE there are full of piss and vinegar. It’s no wonder these platforms want to drive out direct response marketers like US – we actually count and MEASURE what matters.

Don’t get me wrong – we absolutely use Facebook, and it does work for us when strategically incorporated into a multi-step, multimedia campaign, and mostly when used for existing clients. However, if I had to pick an ESSENTIAL media, it would not make it on the list. We get the most QUANTITY of leads from it, but not the highest QUALITY. On the top, by FAR, would be public speaking to select audiences. Second would be good old-fashioned direct mail with phone follow-up; that is STILL one of the top-performing media we use, and OUR audience is technically savvy, which makes you MORE likely to respond online. Yet it’s direct mail that keeps our seminars full. Even e-mail is shaky for us, with over 80% never even receiving it, much less opening and reading it. If your market skews slightly older (45+) and is B2B, then direct mail – more specifically, OFFLINE marketing – absolutely needs to be an “essential” media for you.

Not just MORE leads but productive leads is what matters.

Peter Verlezza, CEO of SMB Networks and long-term member and client-coach, purchased a FAX machine so he could send and receive messages from his target audience: practice managers of independent medical offices. Laugh if you want, but many medical practices STILL are heavily reliant on faxes and don’t like to use e-mail to respond to invitations and campaigns. Some practice managers don’t have a “company” e-mail and are using their own Gmail or Yahoo account, thereby making it even less attractive to opt-in for anything online. Further, they like paper and ink. HIS audience requires fax, NOT Facebook. It’s an ESSENTIAL media.

As I’ve long taught, the MEDIA is driven by your chosen MARKET – not what’s easy, what’s “affordable” or based on your personal preferences. I stress the use of multimedia SEQUENCES to get maximum results, with at least one or more of the touches being OFFLINE. This is what is now required to get reasonable response rates to prospecting campaigns. If you stubbornly refuse to get offline, refuse to use a multimedia approach OR you ignore the communication preferences of your chosen market, you’re pushing a rope uphill.

But a bigger point to be made here: don’t confuse ACTIVITY with ACHIEVEMENT.

Yes, you’re busy … but busy doing what? Blogging, posting, tweeting incessantly when you cannot tie it to bringing in paying clients is a time suck that takes you away from REAL productivity. At our annual Boot Camp, one of the sponsors had only 30 people in his session, but he commented that it was a FAR more productive investment of marketing dollars and time because the 30 that were there were productive, INTERESTED BUYERS. He went on to tell us that the week before, he sponsored another event with over 100 in the room, but they weren’t engaged and weren’t people who could give him money; therefore the SMALLER more lucrative group was, in his mind, a much better investment. SMART. I desperately wish all sponsors were that sophisticated in their viewpoint of marketing. All too often sponsors come away grumpy because we didn’t give them the attendee list to spam. They count success in hashtags and followers and number of e-mail addresses gotten, NOT in how many PRODUCTIVE leads they acquired, how many SALES they generated. They should take a chapter out of this guy’s book.

I know personally a number of authors and speakers who are FAR more visible and well-known than I am, with MILLIONS of subscribers/viewers/followers – but I have a real, profitable and stable business and income, and they do not. They may have more recognition, but I have more dollars. They have a higher ranking on SEO, but I have an unshakable reputation and status in my chosen industry, my chosen target audience – NOT the public. In the past I’ve burned through a LOT of money trying to compete to be first online, to have the highest rankings, the biggest lists, the most subscribers/followers/fans/etc., only to waste my time and money, even after getting to the top of the mountain. It’s tempting to want to compete for “public” measures of success, but it’s an empty goal, driven by ego over common sense. I no longer confuse visibility with profitability. You mustn’t either.