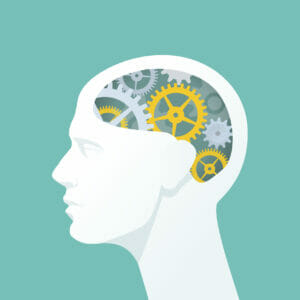 [NOTE: This was originally an article published in the Marketing Strategy Brief a year ago. I decided to share it here because it is just as relevant today (if not more so) than when I first wrote it.

While many things have changed since it was first written here are two notable updates: On a happy note, Charles Swihart, on his second try, became the Better Your Best Champion. (Read his updated story here). Sadly, my friend, Sean Stephenson who I mention has passed but his legacy is alive and well.]

A few months ago, while cleaning out  a drawer, I came across an old e-mail someone sent me that was nothing more than a VERY long, passionate, personal assault on me, my character and how “undeserved” my success was, given the fact I had never run an IT business. This person was on my e-mail list (which THEY opted in to) but wasn’t a client– so everything stated was not based on actually knowing what I do or what my program entails. It was all just piss and vinegar unloaded. I printed it and saved it because to me it was an excellent example that I was really making progress.

What’s ironic is that she (yep, it was a woman) is very active in communities that are for advancing women in technology. When I read her comments, which were really nothing more than a string of juvenile insults, I laughed. Then I thought, hang on a minute, aren’t YOU supposed to be SUPPORTING and encouraging the advancement of women? Even if she didn’t like me, for whatever reason, shouldn’t she at LEAST applaud my success in this “male-dominated” industry? As my eight-year-old would say with a big eye roll, “Whaaaateverrrrrr…”

I’m sure you’ve had a similar experience, maybe multiple times, where someone looks at everything you have and attempts to shame you for your “undeserved success,” particularly if you’re HERE, in THIS group where we are striving to become independently wealthy and successful, celebrating it and encouraging it. Maybe you’ve had this sort of resentment from family members who “know” you’re nothing special and couldn’t possibly achieve what you achieved, or employees who feel you’re getting rich on their backs and therefore deserve more because YOU have more, not on their own metrics and worth ethic. You might even get this coming from clients who feel you’re “taking advantage” of them. Nuts to ’em all.

What these losers miss is that there is no such thing as “undeserved success.” They cling to and promote this theory that people who are successful got there by taking advantage of others, or by using some unethical means or unfair advantage, because they have no other way of explaining their own failures and empty bank accounts.

So a serious piece of advice for you is this: don’t let these crybabies deter you for one second or make you feel the least bit guilty, embarrassed or anything less than PROUD of whatever success you’ve achieved. You don’t have to be a multimillionaire to attract such criticism – you just have to be a little better off than they are. And the more successful you are, the more visible your achievements will be and the more people will resent you for it. It doesn’t matter that you’ve worked 80-hour weeks for the last 20 years. Doesn’t matter that you’ve scraped and risked and made serious sacrifices. Doesn’t matter that you’ve provided VALUE to the marketplace, VALUE to your employees, VALUE to your town or city to get where you are, EARNING every penny. Doesn’t matter that you’ve never been given a single handout or advantage. Doesn’t matter that the only luck you’ve had is bad luck. They will justify their hatred for you and cloak their jealousy in a morally righteous ethos, demanding that you give them – and other “disadvantaged” people like them – a handout. OR that you “step down” in some manner, or back off. It’s extremely important that you barricade the door of your mind to such criticisms because they will eat away at your courage and fortitude. In fact, this is why I printed out this e-mail. I had forgotten about it, but for a while it INSPIRED me to push harder, to never give up, because I wasn’t about to give this nut job one ounce of satisfaction in seeing me stumble.

And while I’m riding THAT horse, let me make another very unpopular statement: I don’t believe being a woman is a disadvantage in business – so she can take her “empowering women” lip-service bullshit and shove it. I don’t need the likes of her to “empower” me because  I empower me.

ALL of us – including men, and these days especially men – have something that makes us “disadvantaged.” Some people are seriously cash-strapped. Some are young and starting out, with no experience or knowledge of how to scale a business (yet), no connections, no clients, which is a disadvantage. Of course, it’s a disadvantage that can be fixed, but it’s still an uphill battle until you figure it out. Some folks have learning disabilities. Our June speaker for the Producers Club, Daymond John, was dyslexic during a time when kids with learning disabilities were labeled lazy and stupid, setting them up for life as failures with low expectations of success. Some have come here (legally, I might add) to start a business, like Daniel Wong, owner of Chicago Computer Club. He was born in China, where he was trained to be a dentist – but decided to start an IT repair and support company, despite the fact he had no money, no connections, had never run a business, much less an IT services business, and barely spoke English – disadvantages he overcame to start and grow a very successful business over several competitors who SHOULD have had the advantage over him. Some people come from seriously screwed-up, broken homes where no encouragement or support to succeed was provided, parents who were alcoholics, drug addicts or worse.

Then there are folks with REAL disadvantages –

health issues and disabilities that make everything more difficult for them, ranging from mild to severe. Perhaps it’s anxiety, depression or addiction. Or maybe it’s a significant physical disability, as in the case of my good friend Sean Stephenson, who was born with brittle bones disorder. He’s confined to a wheelchair, unable to do basic, fundamental tasks, yet today is an in-demand speaker, consultant and best-selling author. Some have family members – kids, parents, spouses – with serious health issues, like Charles Swihart, owner of Preactive IT Solutions, one of this year’s Better Your Best finalists, who has four kids all with disabilities, which requires him and his wife to frequently travel from Sugarland, Texas, to New York for their kids to have multiple surgeries (read the May Marketing Strategy Brief for his story). You want to talk about disadvantages, folks? How about dealing with THAT? And you think having a pair of tits is somehow holding you back? Please…

Of course, I’m not denying that sexism, racism, ageism and ALL other kinds of discrimination exist. I have personally been on the receiving end of more than my fair share of discrimination and outright sexual assault on more than one occasion. I also believe that we absolutely should bring to light such misbehaviors as sexual harassment and discrimination in the workplace and strive to provide safe work environments where competence takes precedence over everything else. And truthfully, I don’t hate women’s groups for supporting each other and don’t hold this one responsible for one person’s lack of integrity. But in this month where we are reminded that freedom isn’t free, it’s important to also remind yourself YOUR freedom is ultimately YOUR responsibility.

We all have the power of CHOICE: if you aren’t being paid what you should be paid, if you’re getting passed over for promotions, if you are dealing with harassment or a hostile workplace, or if someone is so stupid they’re holding you back based on your religion or the color of your skin, then go somewhere where your abilities and skills will be appreciated. I promise you this: if you are reliable, mature and highly competent, you won’t have to look very far. Better yet, start your own business. Yes, it’s DAMNED hard, as it is for all of us. But falling back on “I’m a woman” or “I’m non-white” or “I’m too old/too young” for why your life isn’t working out is B.S.

Embracing any of these “disadvantages” is a self-made prison you’re locking yourself into. Once you’ve accepted that “being a woman” or being a “minority” or anything else is a disadvantage, you’ve taken away your own personal power and placed your fate entirely in the hands of something else, someone else, external to you, that is out of your control. And that, folks, is not a reality I’m willing to accept – nor should you. And wasting time crying about how much “harder” it is on you is largely unproductive. Take that energy and focus it on being more skilled, more driven, more educated, more determined. Work on your attitude and self-discipline and the value you bring to the marketplace every day. STUDY success and emulate those characteristics. When I couldn’t find a marketing agency to work for that shared my personal values, much less treated their employees with respect and fairness, I started my own. I didn’t protest the places I was working or get a lawyer to demand equal pay. I just used that energy to build my own ship.

Our country offers the right to the pursuit of happiness, not happiness delivered to you. Thank God for those people who have sacrificed before me to allow that opportunity. I shall not waste it. And here, in this community, is a place where we recognize our fate is our own and work on it. We do what most won’t do. Dig deep here…

RELATED: If you’re an MSP or IT service business owner, looking for the best NEXT step, you should schedule a FREE one-on-one marketing consultation now. When you click here you will fill out a brief survey that’ll help determine where you’re business is currently at, and where you want to go. On the consultation you’ll get a customized plan to get there, and if you want to do it fast, we’ll show you some of our tools that could help get you there. Go to: www.itmarketingconsultsurvey.com now to fill out the survey and get started.