We all know we’re currently in hyperinflation, and if you haven’t raised your prices you need to. I dove into the topic of pricing strategies with the five Better Your Best finalists, where they answered these questions- Where are you relative to your competition? And how do you deal with cheaper competitors as an MSP? 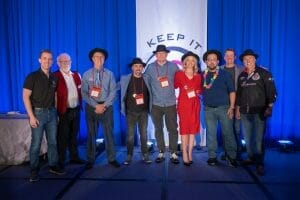 The 5 Better Your Best Finalists

Scott Hagizadegan chimed in to say that his company is middle of the road when it comes to pricing. “There are always different groups of buyers, so I always make sure that I find the buyers who are similar to the style of my company right out of the gate. I don’t go after the low-priced buyers because they’ll typically leave you for the next lowest price,” Scott said.

So usually, he explains, his company is not the cheapest, and also not the most expensive.

He goes further to mention; “There’s no comparison when you take the value and add stuff we do for our specific target market. We’re the best value if they’re the right candidate. So the number one thing I train our sales team on is to qualify or disqualify early and gracefully.”

Roland Parker, another Better Your Best finalist noted that qualifying early on is important.

Qualifying early on is important; if you can determine that person is not prepared to pay the price you’re looking for, it’s better to walk away.

“And we actually had a customer say our pricing was crazy expensive, but six months later, they came back and signed on with us because they weren’t getting what they needed from the other company they had initially given their business to,” mentioned Roland.

Derek Anderson agreed that they are now turning away more business than what’s coming in because they qualify to make sure they’re selling at the prices they need to. Which has actually caused an increase of over 25% across the past year.

Then their clients would immediately feel more valued. They appreciated that they brought more than just IT to the business relationship.

In handling client objections and educating staff to handle pricing increases well, they’ve been able to raise their prices two years in a row. Even though these aren’t easy conversations to have, the client understands that it’s probably coming.

David Javaheri also said that his relationship with his clients was his top priority over deciphering how much they could sell. When David enters into a conversation in the sales process his questions do not revolve around how he can help with IT, he asks how he can make the company more money, and therefore price seems to become irrelevant.

At that point, price is no longer the issue, the issue is to get to work and take care of the problem.

When Brian is entering into the sales process, he’s aware that he needs to differentiate himself from his competitors that sell tools just like him. He makes sure to acknowledge to the prospect that his own company and his competition are relatively the same, but the relationship he values with his clients is the top priority.

When the prospect knows that they will be valued, they’ll want to go into business with you.

Roland Parker said the main thing that should be understood when meeting with a prospect, is how your company can benefit them. The sales meeting shouldn’t be about selling, but finding out more about them, their company, and how you can come up with a better solution that’s fit to them personally.

After speaking with these 5 MSP business owners, it’s clear that most pricing objections are really about something other than price. It’s that they don’t entirely trust you. You didn’t present well, or there was somebody else who just connected with them on a deeper level.

I’ve done thousands of interviews now with people who buy managed services and in my research, a question I always ask is, “Why did you pick your current company? I’m sure there’s another MSP around here that is cheaper. You could have got it cheaper somewhere else. Was he the most expensive or the least? And why did you pick him?” And repeatedly, people would say, “I don’t know. I think he was somewhere in the middle” but they would always use the same words- “I felt” They’d say, “I just felt like I could trust him. I felt like they could do the job, they were the most competent, they were the most knowledgeable and they got us the best.”

So when you’re getting pricing objections, I think it rarely truly is the price itself.

To get the full FREE panel discussion where these 5 ‘Average’ MSPs Reveal Their Marketing Secret Sauce To Adding 1-2 New MRR Clients A Month And $1.1 Million In NEW Sales In Less Than 12 Months go to: www.RobinsBigSeminar.com/secretsauce