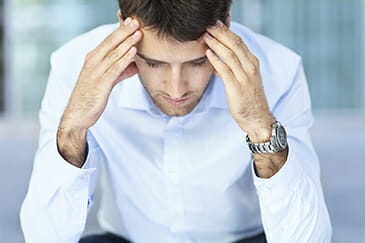 Often I see a LOT of market­ing being done simply out of a “monkey-see, monkey-do” strategy and a focus on what is easy and cheap. Getting marketing done for the sake of “doing something” is GOOD… early on. The advice I give new clients is start doing SOMETHING and don’t worry about results just yet; but it’s critical to note that I don’t say, “Don’t ever worry about results.” The reason I give this advice is to get them to learn the ropes of IMPLEMENTING a campaign and to develop the habit of marketing. Next is a daily, weekly or monthly chipping away at refining it and improving it UNTIL it not only works, but becomes a consistent, predictable and reliable source of new clients and revenue—a REAL Marketing Oil Well.

So how do you know when to throw in the towel? For starters, make sure you have a true and accurate measurement of the productivity—or lack thereof—of the marketing campaign BEFORE coming to any conclusion about whether it’s working or not. ALL TOO OFTEN I have clients come to me with the “that cam­paign didn’t work” story, only to discover later that it did in fact work, often producing thousands of dollars in sales that they didn’t count UNTIL I forced the issue of going back and meticulously tracking phone calls, e-mails, etc.

Second, stop judging results simplistically by re­sponse percentages, open rates, list size or other irrelevant factors when it comes to measuring ROI. Yes, those are performance indicators to look at when attempting to improve a campaign’s performance… but NOT when measuring ROI. An event we sponsored two years ago that initially showed a hard loss with only a handful of new clients acquired actually turned out to be extremely profitable, given that better than 80% of the customers acquired went on to purchase over $20,000 each in additional services and products we offered.

Third, unpack every step in the Marketing Funnel to see exactly WHERE your campaign went off track. If you held a webinar and were able to get 30 people in the room but no sales, the webinar WORKED at getting them in the room, but your presentation and close didn’t motivate them suffi­ciently. I wouldn’t kill that campaign, but instead, re-engineer the pre­sentation, pre-webinar marketing, the offer, etc., to make sure these prospects were primed for buying. I’ve seen dozens of MSPs claim Google AdWords isn’t working, but with further investigation discover it’s not that the leads aren’t coming in, it’s that they can’t close them. That’s a SALES problem, not a marketing problem to blame on the campaign itself.

But ultimately, you have to choose where you invest your marketing dollars. Therefore, if you have one or two campaigns that ARE working, don’t water them down by putting time and money into other initiatives that aren’t fully baked or haven’t been producing any results.