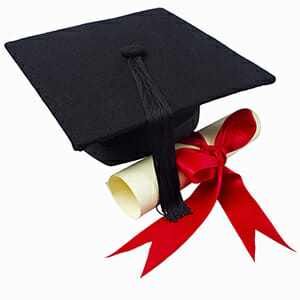 – Attributed to both Andy McIntyre and Derek Bok

I just got back from New York City where I spent two full days with some of the best and brightest minds in marketing, leadership, health, science and business at my friend Joe Polish’s $25K group (named for the annual membership fee).  Many people don’t know that I was the one that gave Joe the idea to start this group, a small fact for which I get little to no credit and certainly no membership price break.  Thinking back, I should have told him to call it the $10K group and would have saved myself 15 G’s.  All hindsight is 20-20.  the upside is that it keeps the wannabes out for the most part, which is, if you’re sharp, the first big take away from this month’s blog articles.

Speakers and attendees included Peter Diamandis, founder of the X Prize and author of the book “Abundance;” Steve Forbes, CEO of Forbes media; Arianna Huffington, founder of the Huffington Post; Brendan Burchard, Dr. Hallowell, Eban Pagan, Tim Ferris, Hugh McCloud, Dr. Mark Hyman, Marc Goodman, Dan Sullivan and many other multi-millionaires running “ordinary” businesses that you wouldn’t know if I named them.  Lotsa brainpower in the room but no one had any special powers for building a business or securing great wealth – just the ability to discipline themselves to focus on doing the right things in business (aka marketing or revenue generation, however you want to define it).  Not too surprisingly, even those in the room who were scientists and doctors had a laser focus on marketing and positioning, many coming out with new books for the sole purpose of PR, positioning, lead generations, etc.  I think small business owners are often surprised at the amount of time and focus CEO’s of major, multi-million dollar companies dedicate to the topic of marketing (and their involvement), although they might call it something else.

On that same note, I want to mention that last month I interviewed Paul Chisholm, CEO of mindSHIFT Technologies, and I asked him about how he took the managed services company from $5 million to $120 million in under 9 years during a difficult recession even though he was selling the SAME services to the same small and medium business market and using the same vendors.  He was also asked a verin of one of my least favorite questions by someone on the call:  “What the one thing you did that contributed the most to this growth?”  His answer was direct and without hesitation:  sales pipeline management.

I’m sure that answer was an unwelcome guest in dirty work clothes for many on the call.  Others probably wrote it down, not really understanding what it truly meant, only to go right back to doing whatever it is they are doing without any change in trajectory or habits.  His point was simply this:  You cannot grow a company in size or profits without a constant, steady discipline devoted to getting fresh new leads (sales opportunities) in your funnel.  After the call I inquired as to whether or not he’d be willing to do a deep dive on the subject.  He declined.  He realized this is one competitive advantage that is going to continue to drive the company forward as he expands across the US targeting small business, over all the smaller MSPs who, arguably, should have a big competitive advantage in their current markets, but don’t.