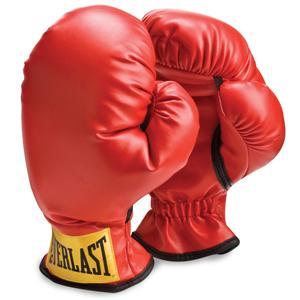 I heard Donald Trump say that once during the boardroom scene of a Celebrity Apprentice episode to a guy who was complaining about the stress of fighting, constantly, with the other contestants. He said to Trump (paraphrased), “You don’t tolerate this kind of fighting every day in your life, do you?” to which Trump quickly replied that indeed he did, and that every single day of his life is a “big, fat fight.” Boy is that ever true for any entrepreneur! Trump’s comment came to me as I was finishing the answer to John’s question in this month’s Q&A section about how I’ve overcome the various struggles in my business. John’s question reveals to me that he’s probably a startup that is having difficulty growing, and he thinks that once you overcome the early struggles it gets easier. I can assure you it does not. Like Trump said, every day brings a new, fresh fight of some kind. And once your business is successful, you’ve got a LOT more at stake. John Motazedi, our current Spokesperson and CEO of SNC Squared also came to mind. Many of you know he had his building flattened by a tornado in 2011 and lost thousands of dol­lars in recurring revenue contracts when several of his clients closed their doors after having the same fate handed to them. Over the last year I know of multiple, major set­backs he’s had to endure, some too crazy to even mention, that would have made most people want to give up—and no one would have blamed him. However, despite all of that, he’s gone on to dramatically increase the success and profitability of his business (something you’ll hear him speak about on stage at the upcoming Boot Camp). Every day for the last two years, John has had to get up and face a big, fat fight against problems and opposition that would cause others to crumble. I’m proud to have him as a Spokesperson for my organization because he’s made of the right stuff.

Unfortunately, the daily “big, fat fight” is the norm for all business owners, whether you’re a startup or a giant in your industry. We get up every morning and fight with the overwhelming number of problems that land on our desk. We fight with vendors who disappoint. We fight with competitors who spring up daily and plot to steal our clients, undercut our prices and offer something better. We fight with the multiple demands and strains on our time. We fight our damn INBOX with its dozens of useless, irrelevant emails. We fight government regulations and taxes levied upon us— UNfairly I might add. We (often) fight with the people who are supposed to be on our “team,” be they the employees we hire, family or even business partners who, arguably, should be on OUR side, pulling with us to win, not setting up roadblocks and problems to cause setbacks, slowness and more anxiety. We even fight with ourselves. Our personal baggage and hang ups. Our lack of know-how and skills and decision making abilities. Our shortcomings and endless desire to do MORE, read MORE, have MORE.

This is why Napoleon Hill (Think And Grow Rich) made rule #1 of success to have a burning desire to succeed. Everybody wants success in business, but few have the courage and guts and tenacity to get up every day and take on the “big, fat fight” to secure it, at all costs. If you can’t handle this daily fight to win, you quite honestly don’t have what it takes to grow a highly successful company. That’s not to say you LOOK for fights…far from it. But anytime you decide to make an improvement in your life—be it to make more money, attract more and better quality clients, hire more people to grow, to have something you currently don’t or be the best at something—people and events and unforeseen problems will line up in droves to take you down. So what are we to do?

First, we need to realize this is the way it is and therefore not get emotional or bitter or angry about the fight. Problems abound for everyone and will actually increase as you grow. The big, fat fight is like the rough seas to a sailor. You can get mad about it, think it unfair, let it scare you, use it as a “reason” why you can’t progress or oth­erwise react in an unproductive manner to it; but the one thing you can’t do is change it. All you CAN do is build a stronger boat and be smarter about how you navigate it. Second, I think it’s critical that you surround yourself with positive, driven “fighters” who can advise and encourage you. You might not need their counsel all the time, but you will certainly profit from it. And finally, get better at being on the offensive end of the fight, anticipating problems and crushing them before they turn into monsters.

Discipline yourself to do the right things BEFORE they become urgent and force your attention on them. Save money. Eliminate debt. Hire the right people, and fire the problem ones FAST before they have time spread their cancer to your entire organization. Set up reliable marketing systems to feed you in lean times, combat competition and build a fence around your customers. Like weeds, it’s easier to deal with these problems proactively than after they’ve taken over your garden.