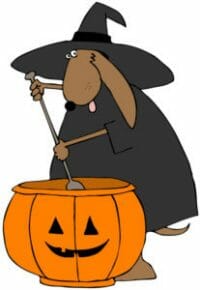 This is a BIG year for Halloween with no shortage of things to keep you up at night. Random shootings, terrorist attacks, Zika virus, the continual rise of cybercrime, riots over police shootings, the obesity epidemic, little kids getting kidnapped, killed or harmed. Hillary. Trump. Colin Kaepernick. Pick your goblin. Of course, there’s NEVER a shortage of things that will scare the pants off of ya if you think about it. Not a morning goes by where I hug and kiss my kids goodbye and have a fleeting moment of panic over whether or not some nut job is going to target their school for a shooting. I don’t think my parents ever even gave that a moment’s thought—yet my brother, Scott Robins, was shot dead on a Monday morning in his driveway by a neighbor who had lived for 40+ years next door to us in the home we grew up in. No one saw that coming. It makes you realize that so much of what happens is totally, completely out of our control—and THAT scares me more than a brain-sucking zombie apocalypse.


Then there are things EVERY business owner lies awake at night worrying over: rogue employees stealing clients, money, data (or GOOD employees who might leave without notice), screwing up a very important project for a prize client, smarter, more well-funded competitors showing up and stealing your lunch money, losing sales, industry disruption, taxes, lawsuits and FEAR of doing all this work and not making any money. The list is LONG. I was asked to speak to a group of Vanderbilt students on entrepreneurship and my #1 suggestion was this: make sure you’re CLEAR on why you want to start a business ’cause nothing else in life will stress you, tax you, worry you, frustrate you and TEST you more than getting a business off the ground. You think a blood-sucking vampire is scary? Try making a payroll. It occurred to me as I talked to them later that most of these students have never known hardship or loss. They’ve never been without. That immediately puts them at a disadvantage when starting a business because of a level of entitlement they have because they don’t know anything else. I worry about my two kiddos having the same problem. Sure it’s fine right now—but I’m thinking when they’re about 12 I ought to start dropping them off in the middle of nowhere with just a bottle of water and tell ’em to find their way home. Worked for Richard Branson’s mum. Course, I’d probably end up in jail for that one, but I digress…

If you want to know what’s REALLY scary to me, it’s how the VAST majority of people are making important decisions completely devoid of facts. I was listening to a news reporter stopping people at random on the street in New York City to ask them what they thought about a proposed idea of putting a giant dome over Manhattan, an idea that’s been seriously considered more than once in the city’s history. Nobody said, “Geez, I don’t know enough to give an opinion.” Everyone immediately gave a very strong opinion about why it was a good idea or a bad idea. Not ONE asked ANY questions such as “What kind of dome?” or “For what purpose?” And the reporter never asked, “So…how exactly did you jump to THAT conclusion?”

This is the same battle I constantly fight with marketing. People with zero experience, study, history or research who instantly accept or reject certain strategies based on nothing else but a knee-jerk reaction, feeling or personal preference. You CANNOT operate a successful business based on whimsy and tweet-size bites of information because the idea is popular or new. Or based on how you “feel.” Most never even stop to examine their beliefs and feelings to question why they feel the way they do.

Clients ask me all the time what I “think” about their website or some other marketing campaign. When answering such questions, I am METICULOUS about differentiating facts, experienced-based information, research and evidence vs. my opinion or a best guess. I am, quite honestly, fed up with other so-called “consultants” who spew advice carelessly as if it’s fact carved in stone—advice they are often NOT taking themselves, did once a LONG time ago never to repeat or simply have never take and are delivering a book report on what they’ve read. The ONLY way they get away with it is because they are giving their advice to people with little to no experience who cannot see the emperor has no clothes. Sadly, there are some well-meaning vendors in our space who are compiling teams of young, inexperienced kids who’ve never run a business to provide marketing and sales advice to the industry. I attempted to get through a webinar delivered by one and decided after 10 minutes I would rather shave my head with a cheese grater than listen to another minute of these two dummies talking about how brilliant the copy was on a website to sell a backup solution. NEITHER had a friggin’ clue about what they were talking about but clearly were posing as if they did, giving nothing more than their very inexperienced opinions. Not research. Not testing. Not experience. Just two headless horsemen with pumpkins for brains.

So two things to take from this. First, your CUSTOMERS are making decisions on important key things the very same way: with very little knowledge or experience, often making bad choices, based on false assumptions and pure ignorance. As a marketer and salesperson, WE have the responsibility to craft our marketing and sales processes to shift their thoughts and persuade them to accept certain truths. FACTS do not sell—emotions do. So if you have clients making stupid decisions and not taking your advice, the chances are you’re trying to provide them with logic to make the sale. Good luck. If you only sell based on the facts, then you are most severely handicapped.

Of course, all clients need certain data about the “thing” you are selling. But if you truly examine why someone bought from you or DIDN’T buy from you, it’s almost always based on an opinion or feeling—and feelings can only be overcome by changing the way they feel.

Second, YOU have to be careful to not allow yourself to jump to any conclusion without first making sure it’s based on facts and research. In Think and Grow Rich, Hill talks about the concept of “Accurate Thinking” as one of the key characteristics shared by successful people. I’ve posted them to the back page for you to review. Some people say “ignorance is bliss.” I say ignorance is poverty. Ignorance will get you screwed. Ignorance will show up on your doorstep as a big, flaming pile of crap YOU have to deal with—and claiming ignorance won’t save you. Unless you happen to be Hillary Clinton.

So now, let’s sharpen some stakes and get ready for the goblins, ghosts and ghouls who are going to show up in droves, hands extended. I’m handing out the full-sized candy bars from a well-lit porch.