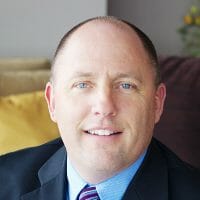 After More Than DOUBLING The Business In Under 3 Years, A Plateau Was On The Horizon

Maybe you’ve heard about the legend of Vincent Fung. I assure you, he is a REAL person. But yes, his seismic growth a few years back was legendary. From the spring of 2014 to the close of 2017, with the support of Robin’s Producers Club and his Accountability Group, Vince had grown his business from $1.9 million to $4.2 million.

In the US, where the economy is strong, doubling an IT business in less than three years is a significant accomplishment. But here in Alberta, Canada, where the oil and gas economy has been decimated, it was nothing short of a modern-day miracle.

We’ve lost more than 100,000 jobs in Alberta in such a short time. We now have 13 million square feet of vacant office space in the downtown area. Vince knew his business would shrink considerably if he didn’t take the RIGHT action and take that action VERY quickly.

Committing The #1 Sin Of Sales Management

From the outside, it appeared that Debian IT had it all. Vince’s company had just experienced unprecedented growth for three years in a row. He was onstage at Robin’s Boot Camp as a “Better Your Best” finalist. And that following day, he had the great fortune to share the stage with one of today’s most influential sales coaches, Jack Daly.

While sharing his Hyper Sales Growth presentation at Boot Camp 2017, Jack spoke about his “3 Sins of Sales Management.” Here’s a refresher of Jack’s 3 Sins:

More than captivating his audience… Jack Daly’s “3 Sins of Sales Management” gave Vince a cold-water wake-up call! As if he had seen a giant red warning sign, Vince knew he was breaking Sin #1. He began the quest to find a sales manager so he could concentrate on building a world-class IT services company 100% focused on sales. Yes, that was the ONLY way to avoid the inevitable plateau and sustain unprecedented growth despite a rotten economy.

In a sea of recruiting ads that all read the same, one stood out. In big, bold letters, the title read: “KICK-ASS Sales Manager.” In today’s “politically correct” era, are you even allowed to use the word “kick-ass” in a job posting? Instantly I knew that Debian IT and Vince Fung were one of a kind. After several months of courting, I finally joined their “Kick-Ass” team!

Yes, Vince had won numerous awards and received a heap of recognition. But a CEO cannot possibly wear all the hats in the business. It’s just not possible. Like every human being, we can only focus on ONE THING well. When we split our time between running the business and managing the sales team, things fall by the wayside. We forget. We can’t keep up. And Robin’s marketing requires continuous attention if you want continuous results.

Passing On The Sales Manager Torch

There comes a point in everyone’s business when the owner/CEO MUST delegate for the betterment of the business. However, the owner must ALWAYS remain intimately involved in EVERY part of their business. Delegating does not mean absolving responsibility.

As with any owner who’s wearing too many hats – tech, sales, operations – Vince found himself saturated with different responsibilities pulling him in too many directions. He had learned his lessons from Robin – and a multitude of business icons she brought in – that sales and marketing have to be a priority if businesses are to thrive and grow. One of the key lessons from Shark Tank’s Robert Herjavec was that “Nothing Happens Without Sales.”

When Should You Hire A Sales Manager?

I don’t think there’s a particular revenue number that signals the ideal time to hire a sales manager. Rather, it’s when business owners realize they are not getting the growth they want or need. It’s also when they realize they can no longer devote as much time and attention to the sales and marketing function.

The reality is, you may not even be able to afford to hire a sales manager. But for many of you, you MUST. Even if you have to take out a loan, it’s that important. After all, you invest a ton in new computers, new software, new offices, new desks and a whole bunch of new crap. So why aren’t you investing in what will REALLY grow your business? By investing in sales and marketing, you WILL see an ROI. I know Vince took a hit to his bottom line to bring me on board, but the results we are starting to see prove it was worth the investment.

Joining Robin in Tennessee for the Rapid Implementation Workshop has allowed us to do a complete update and review on all of our marketing initiatives. We learned that, as a result of always having a full plate, we must put an annual review process in place to ensure all of our marketing efforts are current and relevant.

Influx Of Leads Into Infusionsoft

During Q4, we increased our qualified leads in Infusionsoft from 950 leads to well over 2,500 qualified prospects. In the fourth quarter alone, we closed a number of exceptional deals with prospects, representing $27,510 in new MRR, which equates to $990,360 in revenues over their term. Our sales pipeline continues to look strong, with a number of opportunities rated at over 80% probability!

We successfully ran a Black Friday campaign in November to market several product sales promotions. The result of this single campaign was $22,425 in project revenue and $133,476 in product sales. We now have a Windows 7 End-of-Life campaign queued up and ready to go. The potential for this campaign is over $1M in revenue throughout 2019.

On the first day of the Rapid Implementation Workshop, I sent Robin’s 9-Word e-mail that was in the Technology Marketing Toolkit to a prospect who had gone ice-cold. I received an immediate response and have since closed a deal with him worth $3,200 in new MRR.

When Vince and I went through Robin’s Target Market exercise, we identified that the energy sector was our active target market. However, with the continuing decline in the Alberta economy and with our expansion plans outside of our province, we needed to look beyond the energy sector for sustainable growth. We identified the construction industry as an excellent alternate target market.

While MSP work now represents over 70% of our business, this revenue stream has become a commodity. However, we do see an opportunity to target more managed services opportunities on both the cyber security side and the strategic and advisory side. Today we are no longer targeting companies under 20 users and have raised our minimum MRR target to $3,000.

During Q4, we ran an internal contest to encourage more Google reviews. We started with just eight reviews, and by Christmas, we had 40 reviews for our Alberta office and 12 reviews in Toronto! Now our challenge is to bring in 150 total reviews by the end of 2019.

Dusting Off Our Referral Program

As a result of an exercise we learned at the workshop, I pulled out our old referral program, gave it a refresh and presented it at one of our company-wide Level 10 meetings. To our surprise, we have received 16 referrals from our existing staff during Q4! The quality of these leads is excellent, including large organizations such as Hockey Canada and the United Way. Our next challenge with our referral program is to make it a part of our business partnership with our valued client base.

From Embarrassed To Ecstatic With How Our Phones Are Answered

While attending the Sales-A-Palooza event in June 2018, we tested our company’s phone etiquette. The results: completely embarrassed! While our phone was answered by a live person, we never did get a quality response to our potential sales lead.

I am proud to share that today we have overhauled all our phone numbers that are posted both digitally and in print. We also have phone etiquette stickers affixed to every single office monitor. So, when a call comes in, they know precisely how to service the prospect or client. Each call also rings through to four salespeople as well as me. I can’t imagine a call could ever be missed!

We resurrected our old and outdated Shock-And-Awe box and are in the process of rolling out our new and improved boxes in Q1 2019. This new version includes a 12-page, full-color Debian IT Culture booklet that introduces the prospect to our entire team. In an attractive booklet, the prospect learns more about who we are as a company and how partnering with us could benefit their organization.

Over the course of Q4 2018, we ran the Monkey Mailer from the Toolkit, a customized version of Robin’s “Get That IT Monkey Off Your Back” campaign. We stuffed the handwritten Tyvek envelopes with a plastic monkey and sent them out to 200 prospects in Toronto and 400 in Calgary. Our two appointment setters followed up with phone calls to each of these prospects.

By the way, our appointment setters are in a class by themselves. In Q4 alone, this dedicated team produced 2,696 dials, made 1,330 contacts and booked 46 appointments. As a result, we closed four recurring revenue clients at $27,510 per month on a 36-month agreement ($990,360 in total contract value).

Can you imagine opening a new office 3,000 kilometers (1,864 miles for you Yankees) away? We did just that in 2018! As a result of networking events I attended in Toronto, we made several connections and are excited to have landed our first client in the Toronto market! Our plan is to replicate the marketing that has worked so well for us in Alberta.

In November, our first Client Solutions Representative joined our team in Toronto. We look forward to great success in new markets!

While Vince successfully doubled his sales from 2014 to 2017, he did it WITHOUT a sales manager. Now that he has a “Kick-Ass Sales Manager,” we have a lofty goal to TRIPLE our sales by the end of 2021.

And we are off to a great start. Debian IT has just wrapped up our most successful January in the history of the company! Plus, we plan to hire between three and six techs in Q1 to keep up with our projected increase in sales. While it will be bone-chilling cold at -24 degrees in Alberta the weekend I’m writing this article…IT sales are HOT, HOT, HOT!

RELATED: To get a FREE one-on-one confidential marketing consultation where we’ll create a customized marketing roadmap showing you how to get to your goal numbers. To get all the details and see if a consultation is a good next step for you go to: https://www.technologymarketingtoolkit.com/consult