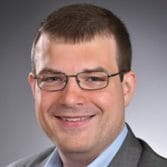 Overwhelmed And Overworked With NOTHING To Show For It

My story begins where many of Robin’s clients’ stories begin. With a desperate man and his Toolkit. The year was 2011, and I was struggling. I was holding on to my previous company by a thread.

Were we profitable? No. Was I overwhelmed and overworked? Absolutely. Yet, as much as I was killing myself with hours, I couldn’t even afford the Toolkit. But I was desperate, so I scraped some money together and bought it.

Unfortunately, I did what so many of Robin’s new clients do. I found an excuse and pushed to the side the Toolkit, the accountability calls and working “on” my business instead of “in” my business. Maybe I thought “I can’t do this” or “This won’t ever work for me.” Whatever my reason (excuse), I went back to what was comfortable. So, back into being overwhelmed and overworked.

After my first company failed, my new wife and I were CRAZY enough to start ANOTHER venture – Carolina Innovative Research. So we jumped RIGHT BACK into the IT game. We were barely profitable, but made enough to get by. Things were going okay, until…

I didn’t think much of it at first since both clients were pains in the butt. But their cash spent as well as anyone’s, and I really felt it in my wallet. I had to replace their income, and fast. So I approached one client after another about moving to managed services. But they were all too cheap. Even worse, I was constantly discounting my break-fix clients and even fighting them to get paid. I needed leads. I needed better clients. But how? Where?

By now it was 2017, I was knee-deep in overwhelm again and had a two-year-old I wanted to be there for, but still saw no real signs of growth. For several years, I had thrown out postcard after postcard Robin had sent me. Over and over and over, Robin’s message kept finding its way to my desk.

Then it arrived. That one postcard that laid on the guilt pretty thick. It was an invitation to Boot Camp that simply said: “Why haven’t you registered yet?!?” While I couldn’t really afford to go, I knew I HAD to do something to turn my business around. Before I knew it, I was at Boot Camp!

This time was different. Because just one week before Boot Camp 2017, while at another conference, my wife FaceTimed me and said, “I’m pregnant!” Yes, we were expecting our SECOND child! GULP! If it wasn’t real already, “@#$% just got real!”

I couldn’t let my second child down, so I scrounged up some more money. “Hey, honey, I just spent _____ with Robin” became a common phrase in our household. “I promise it will be worth it.”

From a guy who knew little to nothing about marketing and had never sent out a campaign to my list, I jumped in with both feet and…

She Calls It “Rapid Implementation” For A Reason

Robin’s Rapid Implementation Workshop is just what the name implies. In this two-day workshop and throughout the following 12 weeks, you’re learning, you’re doing, you’re marking priorities off your checklist and getting marketing out the door!

At Rapid, I launched my second-favorite campaign of all of Robin’s ideas: the 9-Word E-mail. The immediate response and results you get from this single campaign is truly eye-opening. Immediately following the workshop, I completed my Shock-And-Awe box and my Hassle-Free Book and implemented Robin’s sales process throughout my company.

Plus, I finished my unique selling proposition. Let me just say that finally putting a USP on paper is a game changer! Too many MSPs skip this step, but it’s so important. Because without a USP, we are all just mirror images of each other, and the prospect will always gravitate to the lowest price. Find that ONE THING that makes your IT business unique, that really sets you apart, and JUMP on it!

Multiple Campaigns And Multiple Results Over The Next Year

As many marketing tasks as you execute throughout Robin’s Rapid Implementation Workshop, it’s simply the foundation you need to continuously market to your target audience. After all, marketing only works when it’s constant. The minute you take off a month here and a month there, the results slow down or stop altogether.

So, my team and I at Carolina Innovative Research dedicated the next year to getting marketing campaigns DONE. We launched our quarterly business review (QBR) with our existing clients. This campaign added an additional $6K in MRR. I even moved one client onto a fully managed cloud workspace and upgraded managed services from a mid-level plan to a platinum-level package.

We also executed a referral campaign that brought in $2,500 a month in MRR from a single client. The best results came from our testimonial campaign. This campaign alone netted me no less than a $10K a month client. Believe me, I would not have landed that client without those testimonials. This stuff works!

Gaining “Traction” And “Scaling Up”

One of the BIGGEST benefits I found from Producers Club was – and continues to be – the accountability. These are groups of like-minded business owners who work together to push each other forward. PRICELESS!

From my first Accountability Group, I was introduced to a couple of books that would forever change my business. Traction by Gino Wickman introduced me to the Entrepreneur Operating System to finally get a grip on my business. And Scaling Up by Verne Harnish has gained a cult following among business owners who want to master the Rockefeller Habits.

I immediately implemented a blended version of the two books since so much is interchangeable. Plus, having my Accountability Group backing me as we implemented these plans was easily the most rewarding part of Producers Club!

We went from a NEGATIVE profit of -$747.15 to a POSITIVE profit of $25,154 in that same year. Plus, we added two new clients in that year and added three more clients to recurring revenue contracts.

While growing our business by 59% in one year is a remarkable accomplishment, we certainly aren’t finished. We plan to do that again in 2019, 2020 and 2021, with a goal to be at $15M in gross revenue by 2027. I know I wouldn’t be where I am today without the leadership and guidance from Robin, and I sure as heck won’t get to $15M without the ongoing support.