David Javaheri June 30, 2022 Genius of the Month Leave a Comment 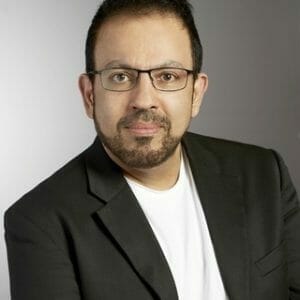 Growing up in Iran, I came to the United States at age 16 to pursue a better life. Without finishing high school, I was blessed to be accepted into Northeastern University. But without a penny to my name, I had no choice but to work 120 HOURS per week to pay my way. I often went hungry because I just wouldn’t take my eyes off my goal of building a better life for myself.

It worked! I achieved my dream of becoming a business owner. While I was successful at growing Direct iT to $2 million, I just couldn’t grow it any further.

I Was STUCK At $2M For Almost A DECADE!

Guess where my revenue was a year later? Same. Year after…the same. Yes, from 2010 to 2019, my revenue hovered right around the $2M mark with pretty meager profits. It was a decade of frustration.

I felt so defeated. I had almost convinced myself that I just wasn’t meant to be one of those really successful business owners I admired. Because I relied on referrals and cold-calling, I realized I needed more education in sales and marketing as well as a coach to hold me accountable. In short, I needed a miracle.

I was inspired and hungry to learn a better way. While on vacation, I decided to attend Robin Robins’ IT Marketing Roadshow. For the first time in a long time, I felt excited about my business again. I joined Technology Marketing Toolkit and quickly fell in love with marketing.

Later on, I connected with my Accelerators Club coach, Tom Malesic. After completing the program, I was invited to join Producers Club and brainstorm with five Better Your Best winners every Friday. That was the start of a new beginning for me.

Before Creating A “Bombardment” Of Marketing, I Overhauled My Staff, Processes And Tools

With my new investment in sales and marketing, I wanted to send a message to my team that MARKETING was leading the charge. So, we no longer referred to our “Marketing Department.” It officially became “Marketing Bombardment.” In addition, I made these changes to my staff, processes and tools:

Here are the ingredients for ANYONE – no matter your size or your market – to significantly increase your MRR, revenue and profits.

YOU must devote the time – it’s more important than any other ingredient. You can’t delegate this. It’s too important. Get away from tech so you can focus on sales and marketing. If you don’t make the time, the rest of these ingredients won’t matter.

At Boot Camp, I broke this down to $75K, which is just $550 a month. You will need this much to pay an appointment setter, join Technology Marketing Toolkit and get a CRM.

You need Robin’s proven marketing strategies and campaigns. You need to attend the seminars, and you need an accountability coach.

You need this to track your campaigns, send e-mails, manage your list and automate your marketing. I recommend Robin’s MAP.

It takes three to four months to learn a solid CRM, like MAP. A Sherpa shortcuts this implementation.

With four attorney clients already, I purchased a list of 2,400 attorneys in Massachusetts. Next, we cleaned the list by sending out a test postcard.

Hire someone who will consistently make at least 100 calls a day. No fewer.

Who is the most passionate person in your business? Meet your new salesperson…YOU.

My Most Successful Campaign Added 30 New Clients, $85K In New MRR And $200K In Project Work

When our telemarketing team was making over 200 calls per day and setting four to five appointments per week, we weren’t closing many deals. So, when prospects kept telling us, “Switching IT companies is PAINFUL,” we LISTENED. We developed a new multi-channel campaign called Three Steps To Easy Onboarding.

This became our most effective campaign last year. By mailing out these postcards and letters and continually calling prospects who expressed an interest in switching IT companies, we added 30 new clients, $85K in new MRR and $200K in new project work!

My Second Most Successful Campaign: Aspirin With A Security Twist

My Three Steps To Easy Onboarding campaign and Robin’s Aspirin campaign brought in the lion’s share of new clients and new revenue last year. I gave her Aspirin letter a security focus to better speak to our prospects’ needs. On both the envelope and on the letter, we added a red stamp that reads, “How to secure your network.” I talk more about security throughout the letter and added testimonials specific to our target market.

I would not have won this year’s Better Your Best competition and driven away in a brand-new Aston Martin if I hadn’t “bombarded” my prospects with our marketing. Simply mailing a campaign with no follow-up doesn’t work.

The power of these campaigns is in our multiple touches and our sequencing. Every prospect gets six touches every quarter.

Beyond calling prospects multiple times and e-mailing them, and our LinkedIn and Facebook ads, here is the total campaign breakdown for last year:

How I TRIPLED My Close Rate

Because my prospects are constantly bombarded by my marketing and my persistent phone calls, by the time we have our Zoom sales meeting, they already know Direct iT. Plus, without sending out our Online Shock-And-Awe presentation, my closing rate would be nowhere close to where it is today.

Surround Yourself With Peers Who Push You

Imagine how intimidating it was for me to join an Accountability Group where every single one of them had already won a car! That was my group. And in January 2020, I had ZERO marketing.

But every week, I got to learn from them. They taught me about marketing, selling, MRR, profit and staying hungry and motivated. Over time, I may have taught them a thing or two. These are their kind words:

“I have never seen anyone send THOUSANDS of letters and call so many prospects each month.” – Tom Malesic, EZSolution

“David Javaheri is a machine. He has taken campaigns, postcards and outbound calls to the next level. Phenomenal growth through disciplined execution.” – John Motazedi, SNC Squared

“David joined our group with an intense focus on growing his business. He wanted to learn from us and implement what was already working. A pleasant surprise was what he brought to the table for all of us. His aggressive sales and marketing approach inspired us all to do more. During the pandemic, while most were slowing down, David pressed us to push harder. David has grown his business significantly and taught the rest of us it can be done.” – Sitima Fowler, Founder of Iconic IT

“I thought we were high performers until David joined our group and showed us Direct iT’s massive execution in both marketing and sales.” – Joanna Mirov (Sobran), MXOtech

“Holy shit! That is my reaction every time David goes over his monthly campaigns.” – Charles Henson, Nashville Computer

Remember the first ingredient to success: TIME. Two years ago, I decided to begin investing time. That’s how we mailed out over 60,000 letters and postcards. That’s how we made over 60,000 follow-up phone calls. It wasn’t a fluke or a lucky campaign. It was hard work, dedication and incredible commitment.

Additional Resources: Get the actual marketing pieces our Genius of The Month used by clicking here.

Fill Out This Form For Our Latest Case Study