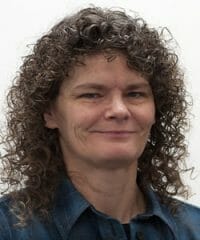 We Were Working Hard, But Climbing Further Into Debt

When Windstar opened its retail space 14 years ago, we serviced everyone, consumers and businesses. If you needed help, we helped. We were the classic computer shop in a small town.

Within two short years, we had grown to eight employees, business was booming and we thought we were doing awesome! We thought the bottom-line numbers would mirror our hard work, but what they showed was the opposite. We were working hard but climbing further into debt.

In those early days, we advertised with everyone that came to us – the local paper, radio, TV, yellow pages. We bought gadgets, sponsored sports teams and golf charity events, and more. If someone was selling a promotion, we were buying. No wonder we were losing money!

So, a short four years in, we took a hard look at the numbers and, with new competition in town, we closed the retail shop and decided to focus on this new managed services thing with our business clients. Unfortunately, our struggles continued, but our newest issue was getting businesses to pay us monthly when they were used to paying only when they saw a problem or wanted us to do something.

We Found Robin 8 Years Ago… And Failed At Marketing

A few years later, during a vendor seminar, we were introduced to Robin. I was impressed from the start. Everything Robin said was spot-on, and it seemed she had a camera looking in on our business. I convinced our owner Dave-we should sign up for the Toolkit. That was eight years ago.

Over the course of the next year I listened to Robin and tried to follow her guidance, all the while struggling with a lot of family issues at the same time. I accomplished a few things, but never fully implemented a marketing plan. Looking back, I realize that Robin (unbeknownst to her) was really the motivation that helped me get through a rough time in my life.

With my health affecting me, we tried to hire someone to fill my shoes and do the marketing. Several bad hires and vendor decisions led us deeper into debt. And then, five years ago, with great defeat, I canceled my subscription to the Technology Market Toolkit.

I NEEDED A Redheaded Dragon Breathing Fire Down My Neck To Get Things Done!

It came in the mail. Robin invited us to attend last fall’s Cyber Security Roadshow. Included with her was a team of vendors that provided security services to reinforce her Roadshow. Dave was pushing hard for us to go, and since we were partners with a few of the vendors, he thought it would be informative to get out of the office and listen to them. In return that it may help in understanding some of our new security services and help me complete the pricing update I had been working on.

I had always loved Robin’s marketing style, her attitude and the straight shooter in her, so when she offered us the chance to join her for two days in Nashville for a Rapid Implementation Workshop, I knew things had to change and that “this redheaded dragon breathing fire down my neck to get things done” was the change I needed. We signed up.

On day two of the event, Jeff and Allison also spoke about their new Infusionsoft CRM program and showed how Robin’s marketing campaigns were already set up for us, and all the steps you needed to accomplish running a successful campaign were right here in this program. I knew instantly this was the missing link we had needed years ago.

When Debi called a few days later to get us booked for our two-day class, I was all in. Later, I found out that Dave had secretly planned for us to go Las Vegas for our 25th wedding anniversary but we ended up going to Tennessee instead. We won much more than we would have in Vegas!

Before the training, Robin had us send out an e-mail requesting testimonials from our clients. She made it supereasy to do and the responses from our clients were great. We were off to a nice start already!

Then, during class, we sent out two QBR requests. One responded right away and scheduled an appointment. We solidified our two target markets – nonprofits and health care. We also solidified our decision during class that we would use SentinelOne (through Carvir) as the base core for all our systems and plans. This was a big decision.

We left Nashville a little overwhelmed at times but confident that we were headed in the right direction. It’s funny… upon returning from the two-day class, we went into a series of 12-week calls. About week two, I realize that I’m in one of those “12-step” help programs, and our group is called Marketing Anonymous. Instead of alcoholism or some other affliction, we’re a group of IT professionals struggling with marketing with our team of coaches there constantly reassuring us that we are in the right place. LOL!

Robin’s 30-day checklist was a huge key to our initial success. We had a plan of attack so we wouldn’t stray off course like we had done before. Here’s just a small sampling of what we accomplished in the first 30 days of the program:

After those first 30 days, we were on a roll and kept on marketing. Here are the brief highlights of what we’ve accomplished since then:

The #1 Tool We Were Missing The First Go-Round…

There are way too many tools to list that have come from this experience that I am sure will make the most impact in our day-to-day lives. But one important tool is Infusionsoft. This CRM will be where we spend our time going forward, which is an entirely new concept for us. It has given us a chance at being a bit organized and to have structure in our communication with prospects and leads. It takes a little work getting started, but once you do, it begins to take shape quickly.

This tool has allowed us to think in a more proactive way to communicate with all things customer (prospects, leads, clients). We are not only beginning to communicate with our decision makers, but also with the people in the trenches each day in our clients’ businesses, their employees. These are the folks who we will gain the most from as we move forward and begin to feed the information regarding all of our service offerings, and then actually be able to track the process each step of the way, across our team, with consistency and a true process. This is one of the most valuable tools we have gotten from this whole experience.

Thanks to an amazing Q4, we reached a company milestone. Our best year ever was the year we serviced 3,951 people/businesses, had eight employees and $450,000 in sales. To our amazement, at the end of last year, we surpassed that number with a total of three employees servicing seven managed clients. Our fourth quarter alone was 130% better than the same quarter the year before (thanks to Robin!), and our overall year-over-year increase was 31%. I can’t thank Team Robin enough for all the help and support they’ve provided us as Accelerators Club members, and I look forward to someday soon being promoted into the Producers Club!