“For as long as I can remember, I wanted to run a technology company. I often joke that I must have missed the class in Computer Science School about how to actually run a business. I was practically forced to become a student of business through the school of hard knocks and by devouring tons of business books. Certain parts came easy to me, but not marketing and sales.

Like most every MSP on the planet, I was consistently receiving Robin’s marketing year after year. I’ll admit, I was initially turned off by her marketing and felt mine was working well enough…until I learned a new local competitor was cleaning my clock with the help of a certain redhead! So, I fired my current marketing firm, signed on with Technology Marketing Toolkit and headed to Boot Camp. I was so overwhelmingly impressed with everything I learned at Boot Camp, I decided to join the Accelerators Club and, shortly after, attended the Rapid Implementation Workshop.

In preparation for the workshop, we sent an e-mail blast for testimonials and received 35 responses. Immediately upon our arrival at the workshop, Robin asked us to send out a 9-word e-mail. We sent that e-mail to 82 lost or no-decision quotes from the prior year, so I expected crickets. I was shocked when we received nine replies, including one from a prospect we thought had moved on. That would equal $108,000 over their new three-year contract!

We closed 57 new customer agreements worth $24,924 in additional MRR. Our unique page views have increased 175% since April 2018. Plus, for the keywords ‘IT service Henderson,’ we are now ranked #1 on Google! Since implementing the new site, we have had three qualified leads come in through the contact form!

I feel like we are just getting below the tip of the iceberg. Over the last eight months, we have built a great team internally with training from Robin’s team. I am completely grateful for the depth of knowledge provided by Robin and the Technology Marketing Toolkit team to help MSPs like me to grow.” 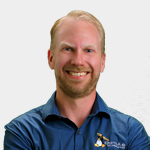